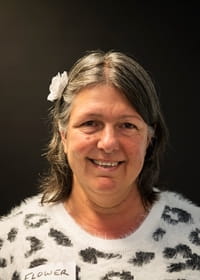 For fourteen years Ascot Vale women Nenia Tavrou has been volunteering to help newly arrived refugees and migrants settle successfully into their new homes in Australia.

“It’s all about helping learn about how things work in Australia; everything from Myki cards and the public transport system to shopping, doctor’s appointments and all of things that are specific to Australia that people may have not seen before,” she said.

Nenia, of Ascot Vale, said her volunteering had given her as much as she had put in.

“I have learned so much about diverse communities over the years and I have met so many lovely and interesting people,” she said.

“Volunteering has given me so much and I would recommend it to anyone,” Nenia said.

Nenia, who can use sign language, is currently helping a hearing impaired refugee based in Mildura to read and write.

“Innocent is from Burundi and he is desperate to find a job but he can’t get a job without basic English reading and writing,” she said.

“I’ve started trying to teach him via zoom. It’s challenging and it’s only been a few weeks but we are making progress,” Nenia said.

Volunteering a window on the world 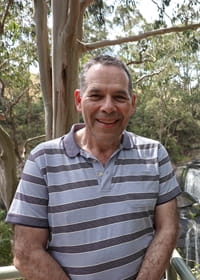 For Frank Desumma, volunteering as an English tutor with AMES Australia has been a window on the world.

He says one of the benefits of his volunteering with the migrant and refugee settlement agency has been meeting different people from different backgrounds.

“It’s been fascinating and I’ve learned a lot from them,” Frank said.

“I’ve met an interesting variety of people through volunteering with AMES. There was a doctor from China who was in his 60s but very committed to learning English,” he said.

“There was a guy from Eritrea who became a friend and invited me to family and community functions. He was interesting because I had not met many people from that part of the world,” Frank said.

“I also tutored a man from Vietnam, who had been an air steward in his home country and aspired to a similar job in Australia. He was like a sponge. He would sit on a train and listen to conversations, then he would come to me ask me what certain words meant.

“Sometimes these words were inappropriate – but the whole experience was fascinating,” he said.

After a 25-year career in teaching, Frank switched careers to nursing which gave him time to take up volunteering.

“I joined up with my daughter for the volunteering induction with the ideas that we would be allocated a specific person,” Frank said.

“So we started with home visits with individuals and I think helped three or four people.

“Then things changed and we were running sessions for small groups – they were basically 40 minute conversation classes and they were a chance to follow up what they had done in class or to raise new topics around learning English,” he said.

The COVID-19 pandemic meant that tutoring was switched to remote sessions on zoom.

“I’m happy to tutor over zoom but I prefer face-to-face contact, particularly in small groups or one-to-one,” Frank said.

“Teaching in small groups is fun because you get interesting interchanges of ideas and with one-to-one tutoring you form more of a relationship and you get to know people better,” he said.

“I absolutely enjoy this aspect of volunteering. And I’m a great believer in the concept of volunteering; that if you can do something to help others, you should,” Frank said.

Volunteer recognized for making a difference in migrants’ lives 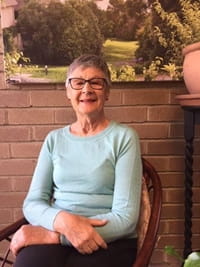 Eaglemont woman Gillian Daniels has been recognised for her five years of selfless volunteering with AMES Australia.

She has made a difference in the lives of several people new to Australia, helping them learn English and navigate a new society.

“I started doing one-on-one tutoring after doing a six-week course which gave us a rundown on what was expected of us and what we might encounter,” Gillian said.

“I was helping one young Syrian woman, who was very well educated, with her English and we became friends,” she said.

Gillian has made a huge difference in the life of a young Sudanese woman named Rosza Lowmo.

“Rosza worked as a caterer at home and loved to cook. We got her into a volunteer position at the food charity Fareshare. And I kept seeing her in an informal way after everything was shut down because of COVID; and now she has some structure in her life. She’s back studying and volunteering at Fareshare,” Gillian said.

“For me, I feel like I get more out of volunteering than I put in with what people give me,” Gillian said.

“Connecting with other people and learning about their history and where they come from is lovely.

“I find it really interesting and I love it. I love being with people and I feel like I can continue something. I’m an older person and I do have a few life skills to pass on.

“Working with AMES, I turn up each week and look forward to it. We are always greeted with happy faces. The students are very generous and appreciative of what we do.

“For me, it’s hugely satisfying. I’ve loved my work at AMES,” Said Gillian.

Volunteer recognised for 12 years of service 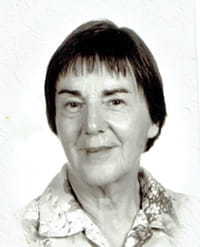 Harkaway woman Heather Perrott has been recognised for her 12 years as a passionate volunteer with AMES Australia.

Heather retired from her job as a teacher in 2010 and started volunteer work with AMES at a school in Narre Warren which had recently welcomed a large cohort of refugee children.

“I was a teacher at Narre Warren South College. We had an Afghan maths teacher there who wanted to set up English classes for the Afghan mums,” Heather said.

“So we ran classes one day a week between 9 am and 1 pm. I volunteered to help after I retired and I did that for six months,” she said.

After completing a volunteering course, Heather became a home tutor for refugee women.

“I would visit an Iraqi woman in her home and tutor her in English,” she said.

After this work stopped because of the COVID pandemic, Heather has been delivering essential goods to families.

“It’s been 12 years and I’ve enjoyed every minute,” she said.

“When you do something for other people, it is very rewarding. It keeps you healthy and it’s good to meet people from different background.

“I like giving, it gives me joy and who knows, one day I might need some help myself,” said Heather, who has also volunteered with the Red Cross.

Volunteering leads to love and fulfilment 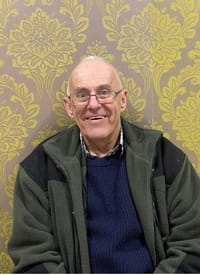 To the newly arrived refugee English students he tutors, Wayne Veal is known as ‘Babai’.

The term means ‘grandfather’ in Dari and it speaks volumes about the esteem in which Wayne is held by his Afghan students.

He has been a volunteer tutor with AMES Australia for seven and he says it’s the best thing he’s ever done.

“I help newcomers to Australia in the classroom to learn English. The classes can be big and it’s hard for the teacher to give one on one time to everyone,” Wayne said.

He retired in 2010 and was looking for something positive and worthwhile to occupy his time.

“I did a bit of volunteering initially in people’s homes. I just wanted to help and I had some free time,” Wayne said.

Now Wayne is a volunteer tutor in English classes at AMES Australia’s site in Dandenong, where he lives.

“Volunteering is so rewarding, it’s the best thing I’ve ever done,” he said.

“You usually know when something is right for you and this is just so right for me. The people are beautiful. For me it’s been fantastic,” Wayne said.

“The students have nicknamed me ‘Babai’ which means ‘grandfather’ in Dari. It means a lot to me that they appreciate what I try to do for them.

“I also met my life partner through volunteering at AMES, so it’s been a wonderful experience for me,” he said.

Wayne has been recognised with a Certificate of Appreciation by AMES Australia as a way of marking Volunteering Week.

Volunteer uses his range of skills to help others 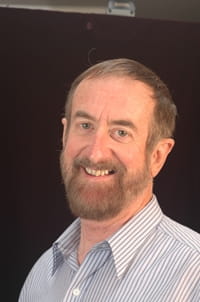 Over the seven years of his volunteering journey, James Thomas has imparted some of the knowledge and experience he has accrued in a varied career in telecommunications research, finance, business and teaching.

To mark National Volunteer Week, he has been recognised by AMES Australia for his volunteering.

“Initially I was doing one-to-one English tutoring. The very first person I supported was a student from Myanmar who was studying a social work degree,” James said.

We would meet once a week at the Sunshine library and we’d go through the work he was doing,” he said.

James said he hadn’t done a lot of volunteering recently because of the COVID-19 lockdown and an operation on his leg.

“But I’m very keen and excited to be getting back into,” he said.

Like his work history, James’ volunteering has been varied.

“I’ve worked with people tutoring them in English. And over the years, working with newly arrived people in the humanitarian settlement programs, I’ve helped people navigate the public transport system, supported them engage with the immigration department and even helped people enrol at university,” he said.

“I enjoy volunteering and helping people. I like using what skills I have to help someone else,” said James who has been recognised with a certificate of appreciation.

Although living in Sunshine, James has volunteered in Footscray, St Albans and other parts of western Melbourne.

And he has a broad array of skill to impart to his students.

Starting in telecommunications research and development, he went on to study economics and work in finance at Melbourne University.

He is also president of the Henry Lawson Society and keen competitor in poetry recital competitions.

“It’s a fun thing to do and it helps to keep the art of poetry alive,” James said.

Volunteer inspired to ‘give back” 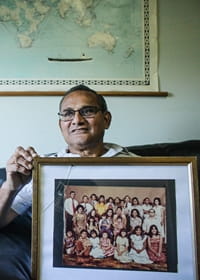 He says he feels fortunate in his life and wants to “give back”.

As a migrant from Burma who arrived in Australia in 1962, Hector understands the difficulties and dislocation that can come with moving to a new country.

That’s why she has been volunteering with AMES Australia since 2015 helping newly arrived refugees and migrants to learn English and settle in.

After fleeing Burma’s draconian military government and finding refuge in Australia, Hector is paying back his new homeland through volunteering.

“Australia welcomed me when I was forced to leave my home and I feel that I want to contribute something to this wonderful country,” Hector said.

“But I get back more than I put in to my volunteering. I’ve made lots of friends and had some wonderful experiences,” he said.

“I enjoy volunteering and I enjoy trying to help people with their problems,” Hector said.

“I teach English now and I go to meet with Burmese refugees, to tell them about the free English lessons they can get.

“I also just try teach them some basics about life in Australia – take them to shops or whatever.

Hector also volunteers with a local environment group where he lives in Melbourne’s south east.

“I help out with Friends of Frog Hollow. We plant the native trees around here, which gives the native birds somewhere to be, brings them back to the area,” Hector said.